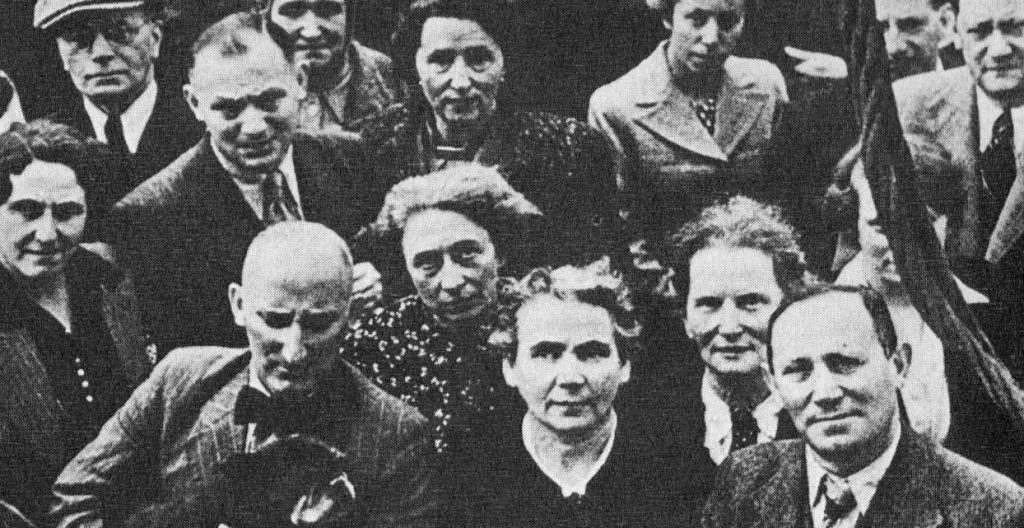 Passengers on the St. Louis

Our survivor Felicia Fuksman, in Lodz, Poland, celebrated her 19th birthday on May 20, 1939, one week after the refugee laden St. Louis sailed for Cuba. Despite the poverty in which she was raised, Felicia was a “happy teenager.” The threats coming from Nazi Germany didn’t concern her. She had no idea that a war against the Jews in Poland was four months away.

There were 937 passengers aboard the St. Louis. Nine hundred and thirty were German Jews fleeing for their lives, of which 150 were children. The departure of the St. Louis from Hamburg attracted a lot of attention. Never had so many Jewish refugees fled Germany on a single boat. Nazi propagandists had a field day hailing the event. 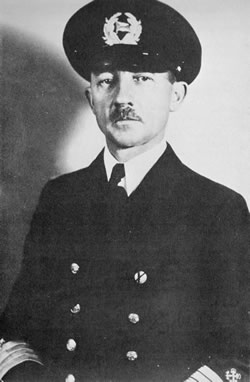 The St. Louis sailed under the Nazi flag. The captain, however, wasn’t a Nazi. Far from it. Many years later, in recognition of his steadfast and courageous behavior during this “Voyage of the Damned,” Captain Gustav Schroeder was honored as a “Righteous Gentile” by Yad Vashem.

Seven hundred and forty-three passengers aboard the St. Louis had applied for U.S. visas. Their affidavits of support were in good order. But they preferred to wait in Cuba for their registration number to be called, beyond the clutches of the Gestapo and the sneers of German neighbors. The ticket for a berth on the St. Louis cost $262 but went as high as $500. The security deposit was $81, and the “landing certificate,” signed by Colonel  Manuel Benites, Director General of Immigration, was an additional $150. Cuban government officials sold these “landing certificates” to accomplices at the Hamburg-America Line, which operated the St. Louis. The “landing certificates” were then resold for $150 to Jews desperate to get to Cuba. The Gestapo, of course, figured in the mix. Greed ran wild.

Eight days before the St. Louis sailed for Cuba, officials at Hamburg-America learned that Cuban President Federico Laredo Bru had signed a decree invalidating all “landing certificates.” Had he not received his share of the illicit money? Officials at the Hamburg-America Line and their colleagues in the Gestapo stood to lose a fortune. They didn’t want to refund all those boat tickets, to say nothing of the security deposits and the “landing certificates.” It was better not to tell the unsuspecting passengers of the St. Louis that a big problem awaited them in Havanna. Why cause a tumult when so much money was at stake?

The trip across the Atlantic took 14 days.  Except for a few Nazis, the St. Louis crew was polite to the Jewish passengers, even sympathetic.

The St. Louis docked in Havana’s harbor on May 27, 1939. Only now did the passengers learn for certain that their “landing certificates” were invalid. The Cuban government refused to let them disembark. They were stranded on the ship, and disheartened beyond reckoning. The thought of being forced to return to Germany caused hysteria. A man from Breslau, honored for bravery during World War I and thrown in a concentration camp by the Nazis, tried to commit suicide. He slit his wrists and jumped overboard. He was rescued against his will. In order to get him to a hospital, this man was allowed to disembark (and remain in Cuba).

Negotiations were soon underway between various Cuban officials and Lawrence Berenson, a prominent lawyer in New York City and a former president of the Cuban Chamber of Commerce. He represented JOINT (Jewish American Distribution Committee). The Cubans wanted to squeeze JOINT for as much money as possible. They were governed by the same mix of greed and anti-Semitism that governed human behavior in the Greater German Reich; opportunities to take advantage of people like this one didn’t come along everyday. The initial negotiations between the Cubans and Berenson didn’t go well. Evidentially there wasn’t enough money on the table, or under it. President Bru wanted more. In a effort at blackmail, he ordered the St. Louis out of Cuban waters by 11 o’clock on Friday morning, June 2nd. The Times-Picayune’s coverage of the saga began that day. Between June 2nd and 9th, the newspaper published eight AP articles on the St. Louis. Two of the articles were on page 1. 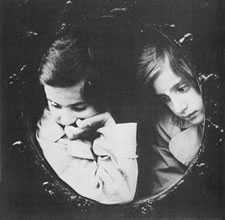 The article tells us that Cuban president Bru ordered “the tragic shipload” out of Cuban waters “with the threat to use gunboats if necessary…” The reporter described the hysteria on the ship: “Mothers and children wailed and children wailed incessantly and calls to meals virtually were unanswered.”

Captain Schroeder told the reporter he feared a “collective suicide pact” among the passengers. They “might be driven to desperation and might try to jump overboard.”

We learn from the June 3rd issue that Havanna’s harbor was lined with ten thousand spectators, including relatives of the passengers, when the St. Louis sailed from Cuban waters. To prevent suicides, the passengers were told they were headed for New York. A rumor circulated that a country “in the Western world” was willing to take them in (for a price, naturally). A mysterious incident was reported: a motorboat pulled up alongside the St. Louis and six passengers quickly jumped in before it sped off. These passengers were fortunate. They had connections, and money. The Cuban police, aboard the St. Louis and in boats surrounding it, looked the other way. They were obviously bribed.

The June 4th article in The Times-Picayune suggested the refugees on the St. Louis would return to Cuba and disembark after all. The AP reporter referred to a “new regulation to modify Cuba’s immigration law.” The “new regulation” was the equivalent of a ransom note. The “bond” required for every passenger was $500. President Bru was “expected” to sign the new regulation “within a few days.” The same article mentioned “an offer of haven” from the Dominican Republic. This particular “haven” imposed a “$500 tax to remain permanently in the country.” JOINT officials considered a plot of land in the Dominican Republic, with poor facilities, impractical for urban dwelling Jews. But two years later several hundred Jewish refugees ended up in the Dominican Republic. While the voyage of St. Louis was played out in newspapers, another refugee boat was plying the Gulf of Mexico in search of a haven. The French steamer Flanders (Flandre), with 140 refugees, docked at Vera Cruz, Mexico. The passengers with sufficient funds were allowed to remain in Mexico for six months. Those without sufficient funds sailed with the Flanders the next day. The vessel tried to drop anchor in Havana’s harbor but was ordered to sea.

We read in the June 5th issue of the Picayune that the St. Louis was “apparently steaming in aimless circles off” the coast of Florida while “negotiations” continued in Havana. The ship anchored “off the Miami light,” and two Coast Guard planes (and a Coast Guard cutter) were dispatched “to keep it under surveillance.” The U. S. immigration inspector announced the St. Louis wouldn’t be permitted to dock in Miami or Key West “unless distressed.” Captain Schroeder expressed his concern that “mass suicides” or a “passenger mutiny” would result if he turned the ship in the direction of Europe.

Yet another refugee boat, the steamship Orinoco, 200 refugees on board, was en route to Cuba when ordered back to Germany. The boat instead sailed to Panama and ended up in the Canal Zone, where the passengers disembarked.

On the bottom of page 1 of the June 5th issue of the Picayune were two photographs side by side: one photograph was of distraught passengers on the St. Louis, the other photograph of 50 Jewish refugee children who “were waving happily at the Statue of Liberty.” The meaning was clear: while Cuba closed its doors, the United States opened its arms. That same month, ironically, the U. S. Congress rejected the Wagner-Rogers Bill to allow the immigration of 20,000 refugee children, 14 years old and younger, outside the quota.

On page 1 of the June 6th issue there is startling news: President Bru offered to let the refugees live for a limited time in a “concentration camp” (his words) on the Isle of Pines, the notorious prison island. The president defended himself, insisting he had informed all the steamboat companies on May 5th, before the St. Louis left Hamburg, that passengers would be denied landing privileges “unless all legal details had been fulfilled.”

The St. Louis left the waters off Miami and headed back to Cuba. The passengers were once again hopeful. But negotiations between the Cubans and JOINT’s Lawrence Berenson collapsed. The reason was money. The Cubans wanted more of it. The noon deadline passed “without acceptance by refugee representatives of a Cuban plan to create a temporary haven on the Isle of Pines.”

Lawrence Berenson, JOINT’s representative, tried to restart negotiations. The June 8th article described a possible transaction between the Berenson and the Cuban government. The deadline for those negotiations was set at noon on June 7, 1939. JOINT sent a “cablegram” to President Bru informing him that the organization had agreed to pay a $500 “deposit” for every refugee on the St. Louis, the Flanders, and the Orduna, and assured him that none of refugees would become a “public charge.” It was too late. President Bru was no longer willing to negotiate. The St. Louis had no choice. It was forced to return to Europe.

On the way back to Europe there was an attempted mutiny. Three passengers tried to take over the ship but Captain Schroeder talked them out of it. Schroeder assured the passengers: he would not return them to Germany. Four countries agreed to take the  passengers: Belgium (200), Holland (194), France (250), and Great Britain (350). A “cable” alerted the passengers on the St. Louis to this welcomed news:  “Final arrangements for disembarkation all passengers complete. Governments of Belgium, Holland, and France and England cooperated magnificently with American Joint Distribution Committee to effect this possibility.” The “passenger committee” sent a cable in reply, expressing gratitude “as immense as the ocean on which we have been traveling since May 13.” The ship docked at Antwerp, Belgium, on June 17, 1939. Less than a year later, when the German armies swept across Western Europe, many of the former passengers of the St. Louis were swept up in the Holocaust. Of the 619 who found shelter in France, Holland, and Belgium, some 260 were deported to death camps and didn’t survive. Four hundred and sixty of the St. Louis passengers eventually made it to the United States.

Passengers of the St. Louis, upon returning to Europe