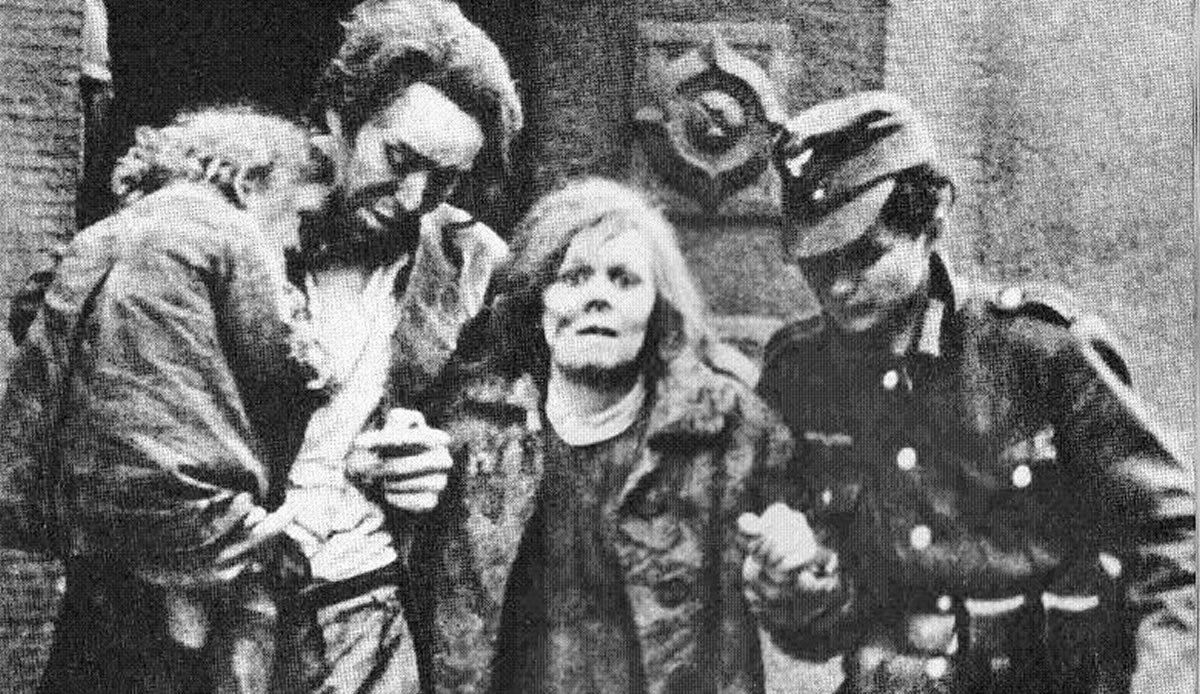 “It is my first task to save Germany from the advancing Bolshevist enemy. For this aim alone the military struggle continues.”

– Doenitz, Hitler’s successor, quoted in The Times-Picayune on May 2, 1945

The articles published in The Times-Picayune during the last days of the war in Europe make for dramatic reading and provide the first draft of history. In April 1945, our survivor Martin Wasserman was enslaved at Dachau concentration camp outside Munich.

A front page article in the Picayune on April 30, 1945, informed its readers that the 7th Army captured Munich on April 29th. Martin Wasserman was liberated at Dachau that same day.

The Times-Picayune, May 1, 1945 – GERMAN SS WOMEN BURY THEIR VICTIMS AT BELSEN under guard of armed British Tommies. The bodies of hundreds of former prisoners at the concentration camp who were killed by prolonged and brutal mass mistreatment and neglect were buried in a common grave, p. 3 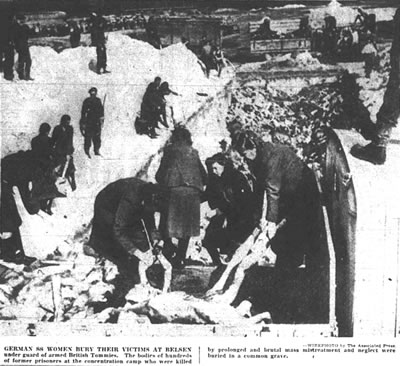 The Picayune offered a glimpse of Nazi barbarity in its issue of May 1, 1945: on page 3 was a photograph of SS women burying the remains “of hundreds of former prisoners” in a mass grave. No doubt the prisoners were of all nationalities. The immensity of the Jewish catastrophe didn’t stand out. Many years would pass before it did.

Martin Wasserman and the other prisoners wanted revenge. They reached an informal agreement with the American officers.

On May 2, 1945, the Picayune, using a Nazi propaganda photograph depicting Hitler long before drug usage left him a physical wreck, reported that German dictator was dead. At that very hour, o ur survivor Felicia Fuksman was liberated by the Russians at a labor camp in Wittenberge, near Berlin.

As the Picayune reported on May 9th, the Germans surrendered to the Western Allies on May 8th in Reims, France, and to the Russians the next day in Berlin.